The Canada Reads Shortlist is out.  They are all very deserving books, but, as always, my shortlist would have been different.  These are the books I would have chosen:

The Break by Katherena Vermette

It is so late it’s early. She had waited hours for the police to come. Waited shaking, thinking they would come at any moment. She was unable to stop cleaning or crying. She should have called her Kookom then. She would’ve been asleep, but she still would’ve answered. Or Aunty Cher, she would’ve come over, made the coffee, yelled at the cops when they started acting like they didn’t believe her. But Stella didn’t do any of that.

Jeff gets up, stands behind her at the sink and pulls her into his arms, forcing her into a hug. She waits until he’s done so she can ring out the wet cloth.

She breaks away from him and goes to wipe the table. “There’s blood all over out there,” she says over her shoulder as she storms out of the kitchen again. The wind picking up outside, knocking at the old window.

“No one says nothing happened,” he sighs. “It just might be different than you think.”

She doesn’t say anything, just scrubs.

I find this excerpt incredibly powerful.  The feeling of not being believed even though there is evidence, even though it is gut-wrenchingly horrible, even though you are a human and deserve to be believed, is a painfully familiar feeling and pulled me right back to a time in my life when the people on whom I depended most denied my reality.  It’s like… no, not like, it is being victimized all over again.  This book did make the shortlist and is being defended by Candy Palmater.

Apart from the emotional impact, this book employs shifting narratives–something I enjoy reading and use in my own writing.  A story about the residents in Winnipeg’s North End, it is an important addition to the growing renaissance of Indigenous literature.

This book did make the shortlist and is being defended by Candy Palmater.

I am Woman by Lee Maracle 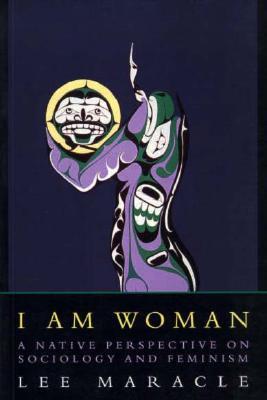 Scribble… scribble… scribble… I gathered up a host of paper napkins, brown bags and other deadwood paraphernalia on which I had scribbled the stories that people gave me. Scribbled sitting in the back of buses, inside grungy restaurants and in the audiences of large gatherings. Typed out the scribbles between the demands of young children and worked them up for publication until finally they made their way to the printer.

On all these scraps are written the stories of people of my passion. In the early years of my political activism the passion expressed itself as a virulent hatred for the system which destroyed our lives, our families; today, the passion expresses itself as deep caring. I resisted publishing for a long time, not because I lacked confidence in the words scribbled on my scraps of paper – the voices of the unheard cannot help but be of value – but how can one squeeze one’s loved ones small, onto the pages of a three-dimensional rectangle, empty of their form, minus their favourite colours and the rhythm of the music that moves them?

Oh, I love this book for so many reasons.  Published in 1988, it still resonates.  She writes with passion about writing, about indigenous women, about all women, about activism, and does it so poetically that reading it is like following the flute of the Pied Piper.  She is masterful with her pen.

Waiting for First Light: My Ongoing Battle with PTSD by Romeo Dallaire with Jessica Dee Humphreys

A pain shot through my arm, from the shoulder right down to my fingertips, waking me. I struggled upright, and squinted through the darkness, seeking the source. A sniper’s bullet? A grenade? Years of artillery training and months of war had made me immune to the sound of explosions, so it was entirely possible that I’d missed it.

Confused, I tried to attune my senses to the unfamiliar darkness and the curious silence. I was clearly indoors, but this was not my office at the Amahoro Stadium in Kigali. Since the war began, I had slept at my desk, with lights blazing, ready to take immediate action. Three, four hours, tops. The sounds of the deep night – animals rustling, babies crying, the fax whirring machine, the crackle of the walkie-talkie anticipating a call for help from a vulnerable field post, distant (and often not so distant) firefights – these had been the faithful companions of my sleep.

In my previous career, I was a teacher.  For 33 years I taught English, Canadian history, Japanese, Humanities, First Nations Studies, English as a Second Language, and probably a few other things that I’ve forgotten.  But, of all of my teaching experiences, by far the most important and impactful for me was teaching a class called Social Justice 12.  Every time I taught this class, my students, by the end, were saying “Why have we never been taught this before?”  The educational assistants, who were invariably assigned to help the students with special needs that I welcomed into my room, fought over who would get to be in my classroom.  I knew I was doing something special.

One of the units I taught was on genocide; how it happens, what are the stages, when global powers could step in to prevent it.  We used the genocide in Rwanda as an example.  At the beginning of the unit, many of my students had not heard of Romeo Dallaire, but by the end, my students (and I) were impressed by his bravery, his humility, and his humanity.  We all agreed that he was a real Canadian hero, and I believe every Canadian should read this book.

One Hour in Paris by Karyn L Freedman

In early June, while still travelling with Lisa, I spent a day and a half in Heidelberg with my ex-boyfriend who was there for the summer, studying German. I think he now goes by his given name, David, but back then everyone knew him by his nickname, Stream. Stream and I met in 1987 in New York City. I lived there for two years while attending the Fashion Institute of Technology (FIT), where I studied fashion merchandising. I had gotten there by accident. I graduated high school – barely – in 1986. The rebellious years that I referred to earlier were at their peak then and I was struggling to find my way. I went through half a pack of cigarettes a day and spent my weekends smoking pot and getting high. Those were dark days. I would regularly sneak out of my house in the middle of the night to meet other wayward friends and then sleep through classes the following day (during grades 11 and 12, my absentee rates were routinely higher than my grades). The only thing I was focused on was avoiding the emotional consequences of my privileged, middle-class, suburban upbringing.

On the stairs to the third tier, she saw the man with the rifle.

He paced the refinery catwalks high above the fray. As Hwa watched, he paused and began examining the rifle. Hefting it in his hands. Peering down the scope. The gun was illegal on the platform; since the fall of the Old Rig there were laws against projectiles and explosives and all the other things that could cause a pillar of fire to vaporize a crew of roughnecks like tobacco leaves. Not that that mattered, in this long and terrible moment. What mattered was that he could shoot into the crowd. What mattered was her promise to protect two men in that crowd.

I chose this particular book because it is so different from the rest.  I love fantasy–in fact, I am working on a YA fantasy trilogy right now.  There are three things that make this particular novel so interesting for me: